The Collective: A Novel (Hardcover) 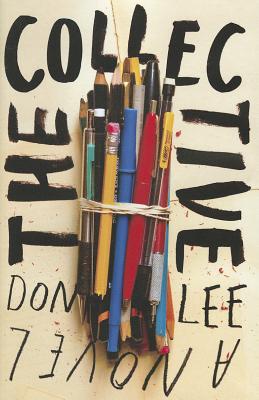 By Don Lee
Unavailable at this time.
Out of print

“In this sometimes heartbreaking, at other times hilarious novel, Eric Cho contemplates the life of Joshua Yoon, the Korean novelist with whom he, along with provocative visual artist Jessica Tsai, once formed the 3AC or Asian American Artists Collective, first in college and later in Cambridge. What may have led Joshua to commit suicide - or was it? - by running into the path of an oncoming car? Lee once again tackles identity themes, but this time through the lens of the college novel. A triumph!”
— Daniel Goldin, Boswell Book Company, Milwaukee, WI

A sparkling bildungsroman about friendship and betrayal, art and race.

In 1988, Eric Cho, an aspiring writer, arrives at Macalester College. On his first day he meets a beautiful fledgling painter, Jessica Tsai, and another would-be novelist, the larger-than-life Joshua Yoon. Brilliant, bawdy, generous, and manipulative, Joshua alters the course of their lives, rallying them together when they face an adolescent act of racism. As adults in Cambridge, Massachusetts, the three friends reunite as the 3AC, the Asian American Artists Collective—together negotiating the demands of art, love, commerce, and idealism until another racially tinged controversy hits the headlines, this time with far greater consequences. Long after the 3AC has disbanded, Eric reflects on these events as he tries to make sense of Joshua’s recent suicide.

With wit, humor, and compassion, The Collective explores the dream of becoming an artist, and questions whether the reality is worth the sacrifice.

Don Lee is the author of the novels The Collective, Wrack and Ruin, and Country of Origin, and the story collection Yellow. He has received an American Book Award, the Asian/Pacific American Award for Literature, the Sue Kaufman Prize for First Fiction, the Edgar Award for Best First Novel, an O. Henry Award, and a Pushcart Prize. He teaches in the MFA program in creative writing at Temple University and splits his time between Philadelphia and Baltimore.

Offering strong characterizations and thought-provoking prose, Lee addresses the Asian American experience from various vantage points, realistically examining themes ranging from personal relationships to racism and artistic censorship. His novel has enough depth to spark uninhibited discussion in any book group and given its time frame, will have special meaning for Gen X readers.
— Library Journal

It is a hilarious and winning story, smoothly told...
— John Freeman - Boston Globe