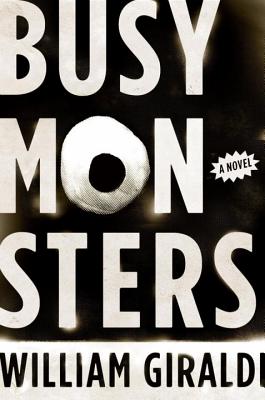 By William Giraldi
Email or call for price.
Out of print

An exuberant modern-day picaresque about the cost of love-struck obsession and the inevitable monsters of every human heart.

Memoirist of mediocre fame, Charles Homar has a problem: his bride-to-be, Gillian Lee, has nixed their nuptials and fled to the high seas in search of a legendary giant squid, unleashing an unholy heart wreck upon him. In a hell-bent effort to prove his mettle as an American male and win back Gillian's affections, Charlie crisscrosses the nation seeking counsel, confronting creatures both mythic and real—Bigfoot on the Canadian border, space aliens in Seattle, a professional bodybuilder with Asiatic sex slaves in suburban New Jersey, the demons dancing a rumba inside his own heart—and then writing about his travails every week for a popular slick magazine. Echoing a narrative tradition that includes Don Quixote and Kurt Vonnegut's Breakfast of Champions, William Giraldi's debut novel is a love story of linguistic bravado that explores American excess, the diaphanous line between fiction and fact, and what desperate men and women will do to one another.