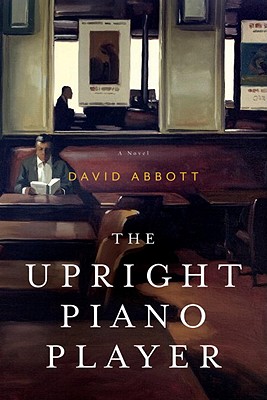 “As he faces retirement, Henry Cage finds his life spiraling out of control. He must deal with an ailing ex-wife, an estranged son, and a malicious stalker who is prone to violence. This first novel is both a page-turner and a disconcerting portrayal of the randomness of life and the choices we make. Strangely uplifting, The Upright Piano Player is guaranteed to keep you riveted.”
— Jack Gillard, Nicola's Books, Ann Arbor, MI

An adroit first novel of exceptional grace and emotional power by a legendary British ad executive.

“David Abbott’s The Upright Piano Player is a wise and moving debut, an accomplished novel of quiet depths and resonant shadows.” —John Burnham Schwartz, author of The Commoner and Reservation Road


Henry Cage seems to have it all: a successful career, money, a beautiful home, and a reputation for being a just and principled man. But public virtues can conceal private failings, and as Henry faces retirement, his well-ordered life begins to unravel. His ex-wife is ill, his relationship with his son is strained to the point of estrangement, and on the eve of the new millennium he is the victim of a random violent act which soon escalates into a prolonged harassment.

As his ex-wife's illness becomes grave, it is apparent that there is little time to redress the mistakes of the past. But the man stalking Henry remains at large. Who is doing this? And why? David Abbott brilliantly pulls this thread of tension ever tighter until the surprising and emotionally impactful conclusion. The Upright Piano Player is a wise and acutely observed novel about the myriad ways in which life tests us—no matter how carefully we have constructed our own little fortresses.

DAVID ABBOTT worked for forty years in the advertising industry as a copywriter and creative director. He was a founding partner of Abbott Mead Vickers, Britain's largest advertising agency. This is his first novel, and he is at work on his second.

"How quickly a carefully constructed life can unravel! ... Abbott has peered over the edge to write this gripping novel, a reminder of how little control we have over our lives."
—Los Angeles Times

"Stirring ... Abbott has created a memorable book, and readers will ache along with the principal characters."
—San Francisco Chronicle

"[A]n elegant debut filled with anguish and yearning ... Abbott takes these broken relationships and slowly works over their frayed ends with a delicate touch, sometimes mending them and other times hitting exposed nerves ... It's a very careful novel in its structure and revelations, but Abbott impresses most in his easy balance of the disparate plot elements ... and overarching themes of reconnection and regret."
—Publishers Weekly

“David Abbott's The Upright Piano Player is a wise and moving debut, an accomplished novel of quiet depths and resonant shadows.”
—John Burnham Schwartz, author of The Commoner and Reservation Road

“A beautifully constructed debut.”
—The Guardian

“Elegant, rich and gratifying.”
—The Independent

“The menace simmering beneath the surface of its prose is compelling.”
—Daily Mail