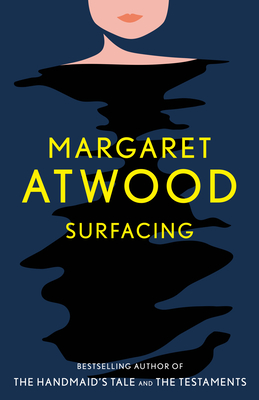 From the bestselling author of The Handmaid's Tale and The Testaments—this story of an artist who goes in search of her missing father on a remote island in northern Quebec is a provocative blend of literary mystery, psychological thriller, and spiritual journey.

Accompanied by her boyfriend and a young married couple, the artist searches her abandoned childhood home for clues her parents may have left. But in the disorienting, transformative isolation of the wilderness, her friends’ marriage begins to crumble, sex becomes a catalyst for conflict, and violence and death lurk just beneath the surface. As her relentless probing leads to an electrifying confrontation with her own suppressed secrets, she rapidly descends into what could be either madness or the starkest self-knowledge.

Margaret Atwood, whose work has been published in more than forty-five countries, is the author of more than fifty books of fiction, poetry, critical essays, and graphic novels. In addition to The Handmaid’s Tale, now an award-winning TV series, her novels include Cat’s Eye, short-listed for the 1989 Booker Prize; Alias Grace, which won the Giller Prize in Canada and the Premio Mondello in Italy; The Blind Assassin, winner of the 2000 Booker Prize; Oryx and Crake, short-listed for the 2003 Man Booker Prize; The Year of the Flood, MaddAddam; and Hag-Seed. She is the recipient of numerous awards, including the Peace Prize of the German Book Trade, the Franz Kafka Prize, the PEN Center USA Lifetime Achievement Award, and the Los Angeles Times Innovator’s Award. In 2019, she was made a member of the Order of the Companions of Honour for services to literature.

“One of the most important novels of the 20th century.” —Francine Du Plessix Gray

“Atwood has undertaken a serious and complex task. . . . She shows the depths that must be explored if one attempts to live an examined life.” —The New York Times Book Review

“A remarkable creation. . . . The most extraordinary metamorphosis in fiction since Kafka’s Gregor Samsa woke up as a giant insect.” —The Guardian

"Margaret Atwood is one of the most intelligent and talented writers to set herself the task of deciphering life in the late twentieth century." --Vogue