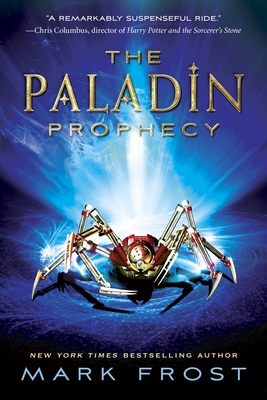 This is book number 1 in the The Paladin Prophecy series.

From the co-creator of the groundbreaking television show Twin Peaks comes an exciting adventure series with a unique combination of mystery, heart-pounding action, and the supernatural. Meet your new action-adventure addiction!