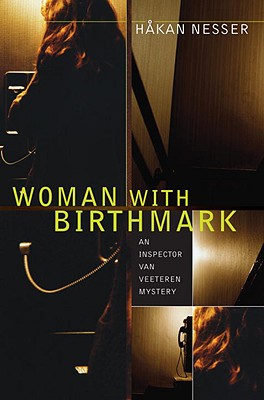 A mother’s dying wish sealed with a deadly promise. Four men with a secret they thought they’d buried decades ago. A detective in love. A man desperate to live despite the shadow of his guilty past.

After hearing her mother’s deathbed confession and following the dreary funeral, Maria Adler realizes she has no other option but to seize upon her mother’s imperative to do something. Dissolving the life she loathes, Maria changes her appearance and disappears. When she emerges, revenge is her sole occupation.

Inspector Van Veeteren and his associates are left bewildered by the curious murder of a man shot twice in the heart and twice below the belt. He was a quiet, utterly dull man, and the only suspicious activity his surviving wife can recall is a series of peculiar phone calls. Repeatedly the telephone would ring, offering nothing but the words of an obscure pop song from the 1960s. This siren song is linked to an identical murder, but the true link between these heinous crimes remains unknown, while a daughter’s pride grows with the satisfaction of vengeance and another detective’s lover offers telling insights that only an outsider could deduce.

With the critical eye and cool observation necessary for a successful chess match, Van Veeteren pursues his subject across the country, wading through outrageous leads and fruitless tips. A breathless thriller full of deception, blackmail, and cold murder, Woman with Birthmark is a chilling read.

Hakan Nesser was awarded the 1993 Swedish Crime Writers' Academy Prize for new authors for "Mind's Eye" (published in Sweden as "Det Grovmaskiga Natet"); he received the best novel award in 1994 for "Borkmann's Point" and in 1996 for "Woman with Birthmark." In 1999 he was awarded the Crime Writers of Scandanavia's Glass Key Award for the best crime novel of the year for "Carambole." Nesser lives in Sweden and New York.

“Nesser had a penetrating eye for the skull beneath the skin.”
—The New York Times

“Keeps you on the edge of your seat… You don’t want it to end.”
—San Francisco Chronicle

Praise for The Return

“A blast… His plots are addictive, his writing admirably economical, his characters complex and engaging.”
—Richmond Times-Dispatch

“Another solid example of why Swedes have become the talk of crime fiction.”
—Booklist