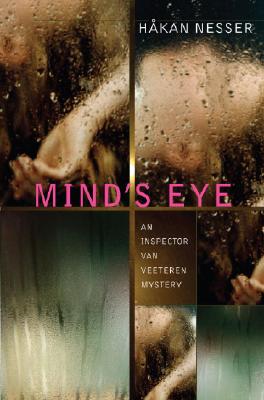 The highly anticipated first novel in the Inspector Van Veeteren series in now available in English. At last, American readers will be able to enjoy, from its very beginnings, this addictive series by one of Europe’s most beloved and best-selling crime writers.

Chief Inspector Van Veeteren knew that murder cases were never as open-and-shut as this one: Janek Mitter woke one morning with a brutal hangover and discovered his wife of three months lying facedown in the bathtub, dead. With only the flimsiest excuse as his defense, he is found guilty of a drunken crime of passion and imprisoned in a mental institution.

But Van Veeteren’s suspicions about the identity of the killer are borne out when Mitter also becomes a murder victim. Now the chief inspector launches a full-scale investigation of the two slayings. But it may only be the unspoken secrets of the dead–revealed in a mysterious letter that Mitter wrote shortly before his death–that will finally allow Van Veeteren to unmask the killer and expose the shocking root of this sordid violence.

“Nesser had a penetrating eye for the skull beneath the skin.”
–The New York Times

“Keeps you on the edge of your seat… You don’t want it to end.”
–San Francisco Chronicle

Praise for The Return

“A blast… His plots are addictive, his writing admirably economical, his characters complex and engaging.”
–Richmond Times-Dispatch

“Another solid example of why Swedes have become the talk of crime fiction.”
–Booklist

“Every bit as enjoyably creepy as his previous offering… For anyone looking for something new in a mystery or detective series.”
–Entertainment World