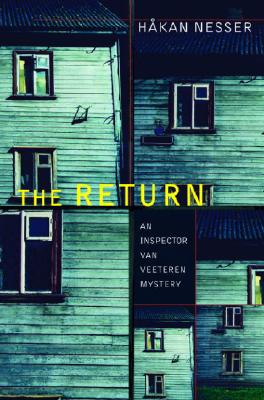 While on a field trip through the woods on the outskirts of Behren, a young girl stumbles upon a decomposing body wrapped in a carpet and lying in a ditch. The body has no hands, feet, or head, but this was not the work of wild animals. A brutal killer is on the loose--but who is the victim?

From the hospital bed where he is recovering from surgery, Chief Inspector Van Veeteren begins to piece together the fragmentary clues that involve a nun who hides a secret, a crippled woman, the murders of two other women, and a former track star who served two sentences for murder and has been missing since the date of his return to society.

No one is who they appear to be, and a sleepy village finds itself reopening cases long considered closed. With the assistance of his colleagues, Van Veeteren faces the prospect of taking the law into his own hands in the face of a flawed system of justice. This taut psychological thriller affirms Håkan Nesser's place in the landscape of international crime fiction.

"Nesser has a penetrating eye for the skull beneath the skin."
--The New York Times Book Review

"Keeps you on the edge of your seat... You don't want it to end."
--San Francisco Chronicle

"Satisfying... It is spare and wry, short on cliffhangers, and long on atmospherics. It sucked me in."
--Esquire