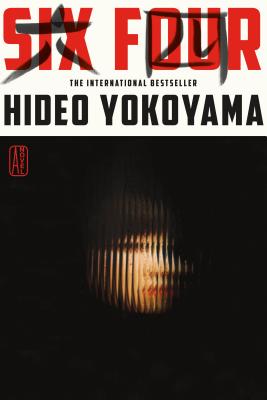 A deep dive into Japanese police hierarchy and newspaper journalism. Mikami, a highly respected detective, has unexpectedly been thrust into a position in Media Relations, where he feels torn between his old loyalty to Criminal Investigations and his duty to his current administrative position. Things at home are even worse: his teenage daughter is missing and his wife is suffering deeply. When he discovers evidence of a secret document vitally important to a 14-year old kidnapping case that still holds sway over the present, he doesn't hesitate to throw himself into the fray over his convictions - but he's way over his head. Almost airless with tension and bared-teeth interoffice-tactical assaults between members of a very unfriendly "fraternity". — From Christina

Named one of the best books of 2017 by The New York Times Book Review, The Washington Post, San Francisco Chronicle, and Literary Hub. Winner of the Best Japanese Crime Fiction of the Year Award. One of Vulture's 10 Best Thriller Books of 2017.

THE NIGHTMARE NO PARENT COULD ENDURE. THE CASE NO DETECTIVE COULD SOLVE. THE TWIST NO READER COULD PREDICT.

Fourteen years later, the mystery remains unsolved. The police department’s press officer—Yoshinobu Mikami, a former detective who was involved in the original case and who is now himself the father of a missing daughter—is forced to revisit the botched investigation. The stigma of the case known as “Six Four” has never faded; the police’s failure remains a profound source of shame and an unending collective responsibility.

Mikami does not aspire to solve the crime. He has worked in the department for his entire career, and while he has his own ambitions and loyalties, he is hoping simply to reach out to the victim’s family and to help finally put the notorious case to rest. But when he spots an anomaly in the files, he uncovers secrets he never could have imagined. He would never have even looked if he’d known what he would find.

An award-winning phenomenon in its native Japan—more than a million copies sold, and the winner of the Best Japanese Crime Fiction of the Year award—and already a critically celebrated top-ten bestseller in the U.K., Hideo Yokoyama’s Six Four is an unforgettable novel by a literary master at the top of his form. It is a dark and riveting plunge into a crime, an investigation, and a culture like no other.

Born in 1957, Hideo Yokoyama worked for twelve years as an investigative reporter with a regional newspaper north of Tokyo, before becoming one of Japan’s most acclaimed fiction writers. His exhaustive and relentless work ethic is known to mirror the intense and obsessive behavior of his characters, and in January 2003 he was hospitalized following a heart attack brought about by working nonstop for seventy-two hours. Six Four is his sixth novel, and his first to be published in the English language, followed by Seventeen.

“Absorbing . . . Six Four is an intensely complicated work, fleshed out by dozens of well-sketched characters, filled with changing perceptions and surprising twists . . . Its rewards are commensurate: unexpected revelations and quiet instances of human connection.” —Tom Nolan, The Wall Street Journal

“A profoundly odd and fascinating crime novel . . . Although Six Four builds to a nifty ending, it has more things on its mind than just catching the killer. This offbeat police procedural offers an unforgettable portrait of bureaucratic Japan and reaches for something more metaphysical in its sense that the meaning of things remains elusive, even when the crime is solved.” —John Powers, NPR, “Fresh Air”

“Six Four arrives in America as one of the most anticipated titles of the year . . . Yokoyama’s novel is a Jenga tower, each plot point and peripheral character part of an intricate balance . . . What is perhaps most striking about Six Four is the number of stories it contains.” —Dotun Akintoye, O: The Oprah magazine

“Six Four makes its U.S. debut four years after it came out in Japan, where it was a literary blockbuster. The book sold more than a million copies and was adapted both for film and for TV. Part of its appeal was the way it illuminated the country’s deep tradition of hierarchy and control." —Sarah Begley, Time magazine

"Not only is Six Four an addictive read, it is an education about Japan, its police and its society, and simply one of the best crime novels I have ever read." —David Peace, author of GB84 and The Damned Utd

"A classic plot [which] suddenly turns into one of the most remarkable revenge dramas in modern detective fiction…[It] will leave even the most observant reader gasping." —The Sunday Times

"Epic in ambition, [Six Four] unfurls like a flower in the spring sunlight, steadily increasing its grip as it does so." —Daily Mail

“Hideo Yokoyama’s Six Four, translated by Jonathan Lloyd-Davies, is by no means just another mystery novel, but rather an award-winning cultural phenomenon on the scale of Stieg Larsson’s Millennium Trilogy . . . There is a lot of buzz around this book, all of it well deserved . . . Yokoyama’s prose is crisp and skillfully translated; the plot . . . is thoroughly believable and compelling.” —Bruce Tierney, BookPage (Top Pick in Mystery)

“[Six Four] takes leisurely twists into the well-kept offices of Japan’s elite while providing a kind of informal sociological treatise on crime and punishment in Japanese society, to say nothing of an inside view of the police and their testy relationship with the media. Elaborate, but worth the effort. Think Jo Nesbø by way of Haruki Murakami, and with a most satisfying payoff.” —Kirkus Reviews