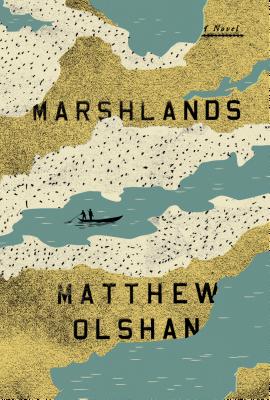 "A first novel of considerable maturity: powerful, original, cunningly constructed, and timely." Julian Barnes, author of "The Sense of an Ending"
""
""After years alone in a cell, an aging prisoner is released without explanation, expelled into a great city now utterly unfamiliar to him. Broken by years of brutality at the hands of the prison guards, he scrounges for scraps, sleeping wild, until a museum curator rescues him from an assault. The museum has just opened its most controversial exhibit: a perfect replica of the marshes, an expansive wilderness still wracked by conflict. There the man had spent years as a doctor among the hated and feared marshmen, who have been colonized but never conquered.
Then "Marshlands "reveals one of its many surprises: it is written in reverse. The novel leaps backward once, twice, returning to the marshes and unraveling time to reveal the doctor's ambiguous relationship to the austerely beautiful land and its people. As the pieces of his past come together, a great crime and its consequences begin to take shape. The true nature of the crime and who committed it will be saved for the breathtaking ending or, rather, for the beginning.
In the tradition of Wilfred Thesiger's "The Marsh Arabs "and J. M. Coetzee's "Waiting for the Barbarians," "Marshlands" explores a culture virtually snuffed out under Saddam Hussein, and how we cement our identities by pointing at someone to call "other." Elegant, brief, and searing, Matthew Olshan's "Marshlands" shivers with the life of a fragile, lost world.

Matthew Olshan is the author of several books for young readers, including Finn, The Flown Sky, and The Mighty Lalouche. He lives in Baltimore, Maryland.

"Olshan’s devastatingly beautiful novel is more than a powerful critique of the senselessness of war. Marshlands is a gripping story about the dangers of idealism, the bonds that can form across cultures, and the complicated nature of betrayal . . . Marshlands is a searing and evocative book that establishes Olshan as a writer to follow, and articulates the value of compassion and ethics amidst the murky landscape of war."—Laura Eggertson, The Toronto Star

"I am haunted by this book. . . .Olshan’s prose, so spare and unsentimental, and the book’s fraught political atmosphere, so coolly rendered, are remarkably reminiscent of J.M. Coetzee’s work, as is the strange, almost fairy-tale quality of a story at once so specific in its details and so general in its detachment from any particular time or place . . . That is the brilliance of Olshan, and of this book—to make what is so familiar foreign, and in the strangeness allow us to feel as if from afar what it is to be ourselves." —Ellen Akins, The Minneapolis Star Tribune

"An eerie, dreamlike atmosphere pervades this novel of struggle and oppression . . . Strange, otherworldly, and somewhat sinister." —Kirkus "Marshlands is a first novel of considerable maturity: powerful, original, cunningly constructed and timely." —Julian Barnes"Marshlands is a Waiting for the Barbarians for our tech exhausted age, a post millennial boom-bust Kafka. Matthew Olshan spins a tale around one devastating truth: the real nightmare begins when you finally wake up." —Marlon James"Much in the manner of Coetzee’s Life and Times of Michael K, Matthew Olshan’s Marshlands holds a fantastic mirror to the war-torn world we live in. This novel is a rich and troubling experience." —Madison Smartt Bell"If Kafka, Hemingway and Teju Cole happened to collaborate, the result might be something like Matthew Olshan’s Marshlands. This is an important book that splices a number of literary traditions and is told in a formally adventurous manner. But more important than all that, it gets you in the gut, line by line, page by page." —Giles Foden