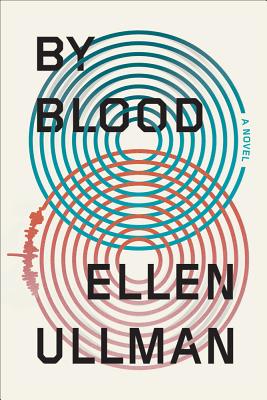 The award-winning writer returns with a major, absorbing, atmospheric novel that takes on the most dramatic and profoundly personal subject matter

San Francisco in the 1970s. Free love has given way to radical feminism, psychedelic ecstasy to hard-edged gloom. The Zodiac Killer stalks the streets. A disgraced professor takes an office in a downtown tower to plot his return. But the walls are thin and he's distracted by voices from next door his neighbor is a psychologist, and one of her patients dislikes the hum of the white-noise machine. And so he begins to hear about the patient's troubles with her female lover, her conflicts with her adoptive, avowedly WASP family, and her quest to track down her birth mother. The professor is not just absorbed but enraptured. And the further he is pulled into the patient's recounting of her dramas and the most profound questions of her own identity the more he needs the story to move forward. The patient's questions about her birth family have led her to a Catholic charity that trafficked freshly baptized orphans out of Germany after World War II. But confronted with this new self "I have no idea what it means to say I'm a Jew'" the patient finds her search stalled. Armed with the few details he's gleaned, the professor takes up the quest and quickly finds the patient's mother in records from a German displaced-persons camp. But he can't let on that he's been eavesdropping, so he mocks up a reply from an adoption agency the patient has contacted and drops it in the mail. Through the wall, he hears how his dear patient is energized by the news, and so is he. He unearths more clues and invests more and more in this secret, fraught, triangular relationship: himself, the patient, and her therapist, who is herself German. His research leads them deep into the history of displaced-persons camps, of postwar Zionism, and most troubling of all of the Nazi Lebensborn program.

With ferocious intelligence and an enthralling, magnetic prose, Ellen Ullman weaves a dark and brilliant, intensely personal novel that feels as big and timeless as it is sharp and timely. It is an ambitious work that establishes her as a major writer.

Ellen Ullman is the author of a novel, The Bug, a New York Times Notable Book and runner-up for the PEN/Hemingway Award, and the cult classic memoir Close to the Machine, based on her years as a rare female computer programmer in the early years of the personal computer era. She lives in San Francisco.

“Smart, slippery . . . Ullman arranges her players efficiently. But what astounds is how she binds them to one another . . . It’s a narrative striptease. And Ullman has such fun with it.” —Parul Sehgal, The New York Times Book Review

“What is most distinctive about Ullman’s voice . . . is the way it sounds fully formed, mature both intellectually and emotionally.” —Jenny Davidson, Slate

“Like analysis, [By Blood] has urgency—as if, by talking and talking, a solution will be found. Like history, it extends in all directions . . . Like the best novels, it’s irresistible—twisty-turny, insightful, revelatory—funny when it’s tragic, and complicated when it’s funny.” —Minna Proctor, NPR.org

“A literary inquiry into identity and legacy . . . A gripping mystery . . . The storytelling is compelling and propulsive . . . Ullman is also a careful stylist.” —Carolyn Kellogg, The Los Angeles Times

“Marvelously creepy . . . A tricky thing to pull off but Ullman does it beautifully . . . [By Blood] speaks volumes about the way we think about the Jewish past.” —Adam Kirsch, Tablet

“A dark, brooding, and marvelous novel that doesn’t really resemble anything else, though disparate elements of it remind me of so many stories I love. The book combines a disturbing confessional intensity, as in Coetzee’s Disgrace, Lasdun’s Horned Man, and Tartt’s The Secret History, with a paranoid claustrophobia akin to that of The Conversation, Coppola’s surveillance masterpiece. Surprises from strange and terrible historical alleyways bring to mind Schlink’s The Reader and Juan Gabriel Vasquez’s, The Informers. And the philosophical underpinnings recall, in their unobtrusiveness and urgency, the best of Iris Murdoch.” —Maud Newton

“The writing is as sharp as the intellect it reveals, with a tension bordering on the manic.” —Evan Karp, SFArts.org

“A noir gem . . . Creepy-exciting and skillfully ironic at almost every turn . . . We jump into Ullman’s prose so we can be carried downstream, over the falls, into the past, rolled and jostled here, then there . . . [An] amazing novel.” —Merry Gangemi, Lambda Literary

"Ullman first earned praise for her memoir Close to the Machine (2001), about her experiences as a female programmer in the formative years of Silicon Valley, and followed that with an ambitious, Kafkaesque debut novel, The Bug (2003), which also drew from her experiences in computer-human interface. Nine years later, her second novel thematically interweaves fate, identity, obsession and genetics into a propulsive page-turner that shows a profound understanding of character. It’s a multilayered mystery (in the same way that Dostoyevsky was a mystery writer) and an inquiry into the subjective nature of narrative . . . A first-rate literary thriller of compelling psychological and philosophical depth." —Kirkus (starred review)