The City of Your Final Destination: A Novel (Paperback) 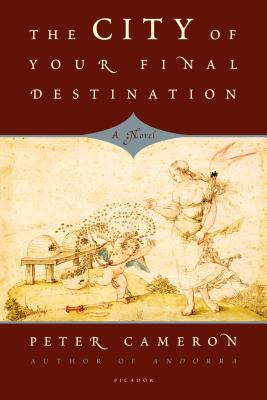 A wryly humorous, impeccably observed novel about the capriciousness of love

Omar Razaghi posts a letter on September 13, 1995 that will change the course of his life forever. A doctoral student at the University of Kansas, he writes to the estate of the Latin American author Jules Gund, requesting permission to write Gund's authorized biography. His request is refused, but Omar has already accepted a fellowship from the university, and with his girlfriend's vehement encouragement, he goes in person to Uruguay to petition to Gund's three executors. Although Caroline Gund, Jules' wife, and Arden Langdon, Jules' mistress and mother of his child, are initially opposed to the idea of a biography, Omar has the support of Adam, Jules' older brother, and hopes to be able to persuade the twwo women. Omar's unexpected arrival in Uruguay reverberates through this odd and isolated little family group, and his stay in the languid, dreamy Ochos Rios makes him question his former life in Kansas, and his ability-even his desire-to write an "authorized" life.

A novel about the random nature of love, and the ways in which we confront or avoid life's choices, The City of Your Final Destination is a touching, clever and wonderfully comic fourth novel from Peter Cameron.

The City of Your Final Destination was made into a film, starring Anthony Hopkins, Laura Linney and Charlotte Gainsbourg. It was released in 2007.

Peter Cameron is the author of Andorra (FSG, 1997), The City of Your Final Destination (FSG, 2002), and Someday This Pain Will Be Useful to You (FSG, 2007). His work has appeared in The New Yorker, Grand Street, and The Paris Review. He lives in New York City.

“Subtle, affectingly, erotically traces the beginnings, the hesitations, the advances of a love affair.” —Richard Eder, The New York Times

“A lightly comic novel as splendid as Peter Cameron's The City of Your Final Destination is a cause for celebration.” —James Schiff, The News and Observer (Raleigh)

“A very worthy, and eminently readable, addition to Cameron's graceful, witty, and insightful body of work . . . A finely crafted novel [that] continues to surprise until the final pages.” —Chris Lehmann, The Washington Post

“Cameron draws this sweet novel to one of the most satisfying denouements in recent memory.” —John Freeman, San Francisco Chronicle