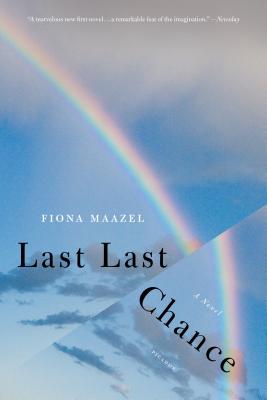 A Time Out New York Best Book of the Year

A lethal strain of virus vanishes from a lab in Washington, D.C., unleashing an epidemic--and the world thinks Lucy Clark's father is to blame. The plague may be the least of Lucy's problems. There's her mother, Isifrid, a peddler of high-end hatwear who's also a crackhead; her twelve-year-old half sister, Hannah, obsessed with disease and Christian fundamentalism; and Lucy's lover, Stanley, who's hell-bent on finding a womb for his dead wife's frozen eggs. Finally, there's Lucy herself, who tries to surmount her drug addiction and keep her family intact in this brilliant novel about survival and recovery, opportunity and apocalypse, and, finally, love and faith in an age of anxiety.

Fiona Maazel is the author of Last Last Chance and Woke Up Lonely. She is a winner of the Bard Prize for Fiction and a National Book Foundation 5 Under 35 honoree. She teaches at Brooklyn College, Columbia, New York University, and Princeton. She lives in Brooklyn.

“Moving, buoyant, and utterly true . . . Last Last Chance isn't your average novel, thanks in no small part to Maazel's funny, lacerating prose. . . . Maazel is such a fine, precise writer, she can convince the reader of almost anything.” —The New York Times Book Review

“Maazel writes with a kind of ecstatic swagger--freewheeling and cocksure, intelligent and loopy and funny as hell.” —Slate.com

“Lithe prose, crackling wit, and a deep appreciation for the absurdity, spirtual poverty, and occasional nobility of Americans in a time of extreme crisis.” —Time Out New York

“Read this book now for the sentence-by-sentence brilliance of Maazel's inimitable voice. . . . Maazel was born in 1975, but her imagination has been on fire for a thousand years.” —Joshua Ferris, author of Then We Came to the End