The Princess of Burundi: A Mystery (Ann Lindell Mysteries #1) (Paperback) 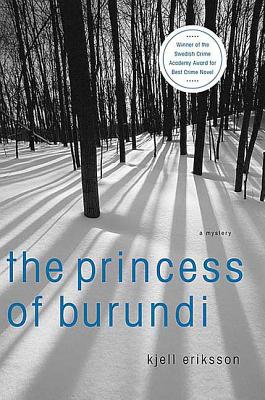 This is book number 1 in the Ann Lindell Mysteries series.

Winner of the Swedish Crime Academy Award for Best Crime Novel, The Princess of Burundi introduces American readers to Kjell Eriksson--a crime writer who has quickly become an international sensation.

This spellbinding new thriller opens when a young father fails to show up for supper on a snowy night just before Christmas. His is not the only sinister disappearance, and before the final breathtaking climax, a secret killer terrorizes an entire frightened town.

Despite being on maternity leave, Inspector Ann Lindell is determined to find John's murderer. The cruel cat-and-mouse game that follows leads Ann to a deadly confrontation with a treacherous killer. Ann must decide whether to take a huge risk that could result in many more dead bodies in the snow, including hers and that of her unborn child.

“Riveting . . . The Princess of Burundi resembles the books of Maj Sjowall and Per Wahloo, not to mention those of the modern master Henning Mankell.” —The Wall Street Journal