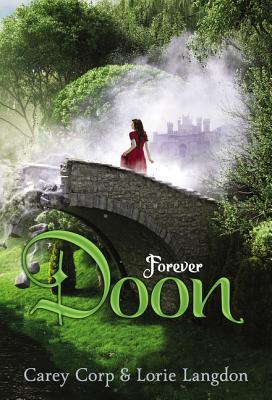 This is book number 4 in the Doon Novel series.

Trapped on the wrong side of Bridg o' Doon, Mackenna and Duncan have to find a way to return home and help in the fight to free Doon from the witch's grasp. Heartbroken at the loss of Jamie and her friends, Veronica must rally her troops for the impending battle, but on a covert mission she finds that Jamie may be alive and fighting a battle of his own. The fate of Doon hangs in the balance in this finale to the Doon series.

With the Witch of Doon on the throne, Jamie believed dead, and Duncan and Mackenna trapped in Alloway, Veronica has no choice but to put her grief aside and prepare her remaining followers to battle against the false queen and her forces. But while on a mission to steal a powerful elixir from the castle, Veronica discovers her true love may actually be alive, and fighting from the inside.

With the Brig o' Doon destroyed and the portal fragmented, Doon's forces are not only divided, but isolated in different dimensions. With Kenna and Duncan stuck in Alloway, and the magical rings to return gone, they must find a way to rebuild the bridge for any chance of crossing back into Doon with their ragtag army. The storyteller that originally told Mackenna and Veronica about Doon comes to their aid-- and may be as ancient as the witch herself. But with danger around every turn, and Mackenna insisting on fighting as well, Duncan soon realizes the only way he can ensure her safety is to give her the skills to defend herself.

Saving Doon while keeping their lives intact will take a miracle, but everything comes down to the hope and friendship of Vee, Jamie, Mackenna, and Duncan.

Don't miss out on the other Doon titles: