Up in the Air (Compact Disc) 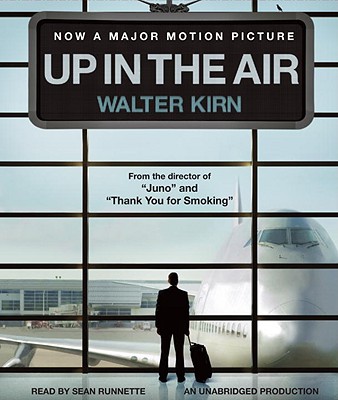 Ryan Bingham’s job as a Career Transition Counselor–he fires people–has kept him airborne for years. Although he has come to despise his line of work, he has come to love the culture of what he calls “Airworld,” finding contentment within pressurized cabins, anonymous hotel rooms, and a wardrobe of wrinkle-free slacks. With a letter of resignation sitting on his boss’s desk, and the hope of a job with a mysterious consulting firm, Ryan Bingham is agonizingly close to his ultimate goal, his Holy Grail: one million frequent flier miles. But before he achieves this long-desired freedom, conditions begin to deteriorate.

With perception, wit, and wisdom, Up in the Air combines brilliant social observation with an acute sense of the psychic costs of our rootless existence, and confirms Walter Kirn as one of the most savvy chroniclers of American life.

“A dead-on, wry portrait of the life of the road warrior.” –Rudy Maxa, The Washington Post

“Kirn’s style is as bright and metallic as the shiny skin of a jet airplane. But his underlying point is refreshingly down to earth.” –John Gallagher, Chicago Tribune