The McSweeney's Book of Politics and Musicals (Paperback) 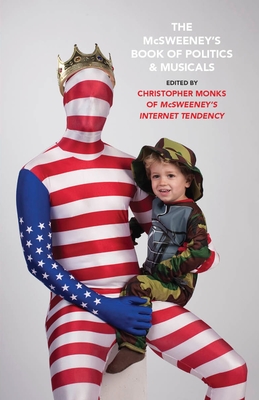 By McSweeney's
$14.95
Unavailable at this time.

Ever since John Hancock broke into song after signing the Declaration of Independence, American politics and musicals have been inextricably linked. From Alexander Hamilton's jazz hands, to Chester A. Arthur's oboe operas, to Newt Gingrich's off-Broadway sexscapade, You, Me, and My Moon Colony Mistress Makes Three, government and musical theater have joined forces to document our nation's long history of freedom, partisanship, and dancers on roller skates pretending to be choo choo trains.

To celebrate this grand union of entrenched bureaucracy and song, the patriots at McSweeney's Internet Tendency (“The Iowa Caucus of humor websites”) offer this riotous collection (peacefully assembled!) of monologues, charts, scripts, lists, diatribes, AND musicals written by the noted fake-musical lyricist, Ben Greenman. On the agenda are . . .

Fragments from PALIN! THE MUSICAL

Classic Nursery Rhymes, Updated and Revamped for the Recession, As Told to Me By My Father

“Only McSweeney’s could combine politics and theater in such a strange, amusing way.” —Los Angeles Times

“Pokes fun at all manner of political persuasion, often in a tone reminiscent of Mad magazine—that is, mangled lyrics—but minus a tune to follow. . . . Jolly good fun.” —Leonard Kniffel, Booklist