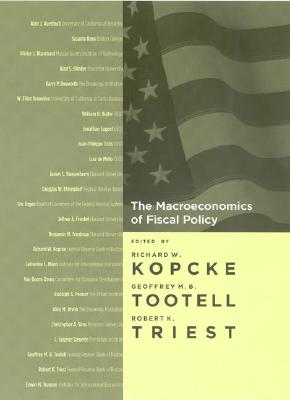 Leading academics and former policy makers assess the effectiveness of postwar American fiscal policy as questions about the role of fiscal policy once again come to the forefront of economic research and debate.

The United States's post-World War II emphasis on activist fiscal policy for short-term economic stabilization was called into question in the 1960s, and by the late 1980s was superseded by the view that fiscal policy should focus on long-run structural concerns. For the past two decades both public policy and economic research emphasized monetary policy as a stabilization tool. But there remain issues in American macroeconomic policy having to do with budget deficits, present and projected, as well as a recent revival of interest in fiscal policy as a stabilization tool. Overall, the academic pendulum is swinging back towards a renewed consideration of fiscal policy.

This volume brings together leading researchers and policy makers to assess the effectiveness and consequences of fiscal policy. Drawing on postwar policy experience and recent economic research, this book offers a state-of-the-art consideration of where fiscal policy stands today. Contributors address both the appropriateness of fiscal policy as a tool for short-run macroeconomic stabilization and the longer-term impact of fiscal decisions and economic policy. Topics covered include the legacy of the Reagan administration's tax cuts; whether public policy has encouraged such behavior as overconsumption, which may foster persistent budget and trade deficits; and, in light of recent experience, how and when fiscal policy might be appropriate as a short-term stabilization tool.

Robert K. Triest is Senior Economist and Policy Advisor at the Federal Reserve Bank of Boston.