The Man with the Getaway Face: A Parker Novel (Paperback) 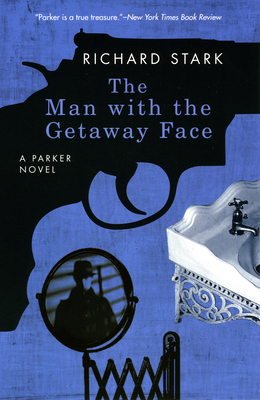 In New York there was a contract on his life. In Nebraska there was an unscrupulous plastic surgeon guarded by a punch-drunk fighter. And somewhere in New Jersey there was an armored car stuffed with money. In the middle of it all was Parker.

Parker goes under the knife in The Man with the Getaway Face, changing his face to escape the mob and a contract on his life. Along the way he scores his biggest heist yet, but there’s a catch—a beautiful, dangerous catch who goes by the name Alma.

“Richard Stark writes a harsh and frightening story of criminal warfare and vengeance with economy, understatement and a deadly amoral objectivity—a remarkable addition to the list of the shockers that the French call romans noirs.”

“If you’re looking for crime novels with a lot of punch, try the very, very tough novels featuring Parker. . . . The Hunter, The Outfit, The Mourner, and The Man with the Getaway Face are all beautifully paced, tautly composed, and originally published in the early 1960s."