Black Reconstruction in America (the Oxford W. E. B. Du Bois): An Essay Toward a History of the Part Which Black Folk Played in the Attempt to Reconst (Paperback) 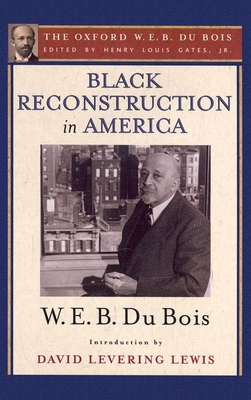 W. E. B. Du Bois was a public intellectual, sociologist, and activist on behalf of the African American community. He profoundly shaped black political culture in the United States through his founding role in the NAACP, as well as internationally through the Pan-African movement. Du Bois's
sociological and historical research on African-American communities and culture broke ground in many areas, including the history of the post-Civil War Reconstruction period. Du Bois was also a prolific author of novels, autobiographical accounts, innumerable editorials and journalistic pieces, and
several works of history. Black Reconstruction in America tells and interprets the story of the twenty years of Reconstruction from the point of view of newly liberated African Americans. Though lambasted by critics at the time of its publication in 1935, Black Reconstruction has only grown in historical and literary
importance. In the 1960s it joined the canon of the most influential revisionist historical works. Its greatest achievement is weaving a credible, lyrical historical narrative of the hostile and politically fraught years of 1860-1880 with a powerful critical analysis of the harmful effects of
democracy, including Jim Crow laws and other injustices. With a series introduction by editor Henry Louis Gates, Jr., and an introduction by David Levering Lewis, this edition is essential for anyone interested in African American history.