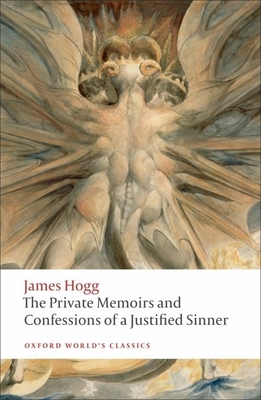 One of the supreme masterpieces of Romantic fiction and Scottish literature, The Private Memoirs and Confessions of a Justified Sinner is a terrifying tale of murder and amorality, and of one man's descent into madness and despair. James Hogg's sardonic novel follows a young man who, falling under the spell of a mysterious stranger who bears an uncanny likeness to himself, embarks on a career as a serial murderer. The memoirs are presented by a narrator whose attempts to explain the story only succeed in intensifying its more baffling and bizarre aspects. Is the young man the victim of a psychotic delusion, or has he been tempted by the devil to wage war against God's enemies? The authoritative and lively introduction by Ian Duncan covers the full range of historical and religious themes and contexts, offers a richer and more accurate consideration of the novel's relation to Romantic fiction than found elsewhere, and sheds new light on the novel's treatment of fanaticism. Copious notes identify the novel's historical, biblical, theological, and literary allusions. About the Series: For over 100 years Oxford World's Classics has made available the broadest spectrum of literature from around the globe. Each affordable volume reflects Oxford's commitment to scholarship, providing the most accurate text plus a wealth of other valuable features, including expert introductions by leading authorities, voluminous notes to clarify the text, up-to-date bibliographies for further study, and much more.

Ian Duncan is Professor of English at the University of California, Berkeley.