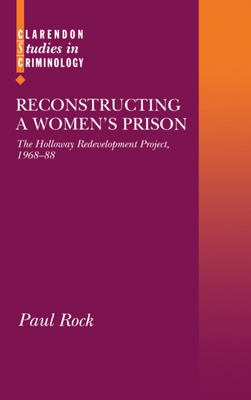 The rebuilding of Holloway Prison in Britain, announced in 1968, was intended to be of enormous significance for the treatment and therapeutic rehabilitation of female inmates. Reconstruction began in 1970, but the new prison was not completed until 1985. By this time, penal ideologies had changed, and the Prison Department had revised its conception of women's criminality. The new prison became a place of conventional discipline and containment, and the problems which ensued led to Holloway being identified as a public and political scandal. Using original documents and extensive interviews, this work traces the genesis and consequences of the decision to rebuild England's major prison for women, and shows how the experience at Holloway reflects shifting attitudes towards female criminals, and the relationships among penal ideology, architecture, control, and behavior in a penal institution.