Charity and Sylvia: A Same-Sex Marriage in Early America (Paperback) 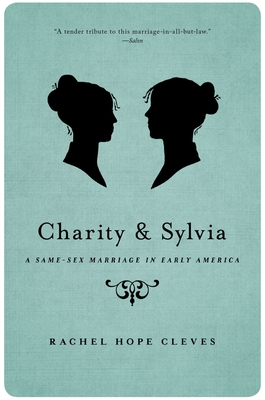 Charity and Sylvia is the intimate history of two ordinary women who lived in an extraordinary same-sex marriage during the early nineteenth century. Based on diaries, letters, and poetry, among other original documents, the research traces the women's lives in sharp detail. Charity Bryant was
born in 1777 to a consumptive mother who died a month later. Raised in Massachusetts, Charity developed into a brilliant and strong-willed woman with a passion for her own sex. After being banished from her family home by her father at age twenty, she traveled throughout Massachusetts, working as a
teacher, making intimate female friends, and becoming the subject of gossip wherever she lived. At age twenty-nine, still defiantly single, Charity visited friends in Weybridge, Vermont. There she met Sylvia Drake, a pious and studious young woman whose family had moved to the frontier village after
losing their Massachusetts farm during the Revolution. The two soon became so inseparable that Charity decided to rent rooms in Weybridge. Sylvia came to join her on July 3, 1807, commencing a forty-four year union that lasted until Charity's death. Over the years, the women came to be recognized as a married couple, or something like it. Charity took the role of husband, and Sylvia of wife, within the marriage. Revered by their community, Charity and Sylvia operated a tailor shop employing many local women, served as guiding lights within
their church, and participated in raising more than one hundred nieces and nephews. Most extraordinary, all the while the sexual potential of their union remained an open secret, cloaked in silence to preserve their reputations. The story of Charity and Sylvia overturns today's conventional wisdom
that same-sex marriage is a modern innovation, and reveals that early America was both more diverse and more accommodating than modern society imagines.

Rachel Hope Cleves is Associate Professor of History at the University of Victoria. She is the prize-winning author of The Reign of Terror in America: Visions of Violence from Anti-Jacobinism to Antislavery.