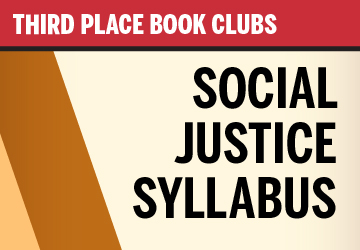 “Come, come! I’m sick to death of this particular self. I want another.”

As his tale begins, Orlando is a passionate sixteen-year-old nobleman whose days are spent in rowdy revelry, filled with the colorful delights of Queen Elizabeth I’s court. By the close, three centuries have passed, and he will have transformed into a thirty-six-year-old woman in the year 1928. Orlando’s journey is also an internal one—he is an impulsive poet who learns patience in matter of the heart, and a woman who knows what it is to be a man.

Virginia Woolf’s most unusual creation, Orlando is a fantastical biography as well as a funny, exuberant romp through history that examines the true nature of sexuality.

VIRGINIA WOOLF (1882–1941) was one of the major literary figures of the twentieth century. An admired literary critic, she authored many essays, letters, journals, and short stories in addition to her groundbreaking novels, including Mrs. Dalloway, To The Lighthouse, and Orlando.

"As a work of political satire and feminist fantasy, Orlando laid the groundwork for today’s cultural landscape, in which the boundaries of both gender and literary genre are more porous than ever . . . If published today, Orlando might have been misshelved not as biography but as fantasy or science fiction — genres in which women writers in recent years have increasingly found the space to challenge the straight-white-male strictures of both realist fiction and reality itself. Orlando’s blend of social critique and bold fantasy echoes in the postwar fiction of Ursula Le Guin and Angela Carter, and more recently in the fairy-tale retellings of Helen Oyeyemi and Daniel Mallory Ortberg — as well as in novels like Melissa Broder’s The Pisces." —Vulture, "Orlando is the Virginia Woolf Novel We Need Right Now" —