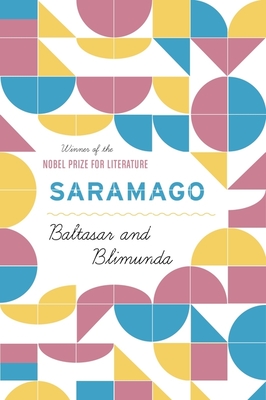 From the recipient of the 1998 Nobel Prize in Literature, a “brilliant...enchanting novel” (New York Times Book Review) of romance, deceit, religion, and magic set in eighteenth-century Portugal at the height of the Inquisition.

Portugal, 1711: an amorous friar is pursued naked through the rubble-strewn streets of Lisbon; an enthusiastic procession of flagellants roars with pleasure over the damnation of adultery; a royal prince uses hapless sailors for target practice; and women dressed in colorful finery watch as lapsed converts and sorcerers are put to death by flames. In the midst of the terrors of the Inquisition and the plague, a seemingly mismatched couple discover the wonders of love. This poetic tale, graced with exquisite historical details and full of magic and adventure, is a tapestry of human folly and human will.

JOSÉ SARAMAGO (1922–2010) was the author of many novels, among them Blindness, All the Names, Baltasar and Blimunda, and The Year of the Death of Ricardo Reis. In 1998 he was awarded the Nobel Prize for Literature.

“A romance and an adventure, a rumination on royalty and religion in eighteenth century Portugal and a bitterly ironic comment on the uses of power.”—New York Times

“An enchanting novel [with a] love story which soars over the rest of the action like a flute above a heavy orchestra.”—New York Times Book Review