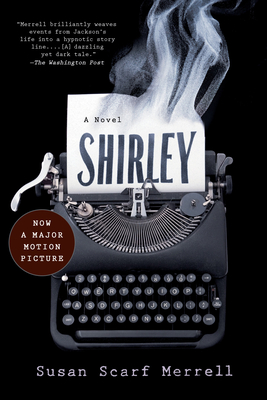 “Susan Scarf Merrell brilliantly weaves events from Shirley Jackson’s life into a hypnotic story line”* in this darkly thrilling novel about the author of The Haunting of Hill House and The Lottery.

Two imposing literary figures are at the heart of this captivating novel: celebrated author Shirley Jackson and her husband, Stanley Edgar Hyman, a literary critic and professor at Bennington College. When a young graduate student and his pregnant wife—Fred and Rose Nemser—move into Shirley and Stanley’s home in the fall of 1964, they quickly fall under the magnetic spell of their brilliant and unconventional hosts.

While Fred becomes preoccupied with his teaching schedule, Rose forms an unlikely, turbulent friendship with the troubled and unpredictable Shirley. Fascinated by the Hymans’ volatile marriage and inexplicable drawn to the darkly enigmatic author, Rose nonetheless senses something amiss—something to do with nightly unanswered phone calls and inscrutable accounts of a long-missing female student. Chillingly atmospheric and evocative of Jackson’s own classic stories, Shirley is an elegant thriller with one of America’s greatest horror writers at its heart.

Susan Scarf Merrell is the author of Shirley: A Novel, now a major motion picture starring Elisabeth Moss and Michael Stuhlbarg. She is also the author of A Member of the Family and The Accidental Bond: How Sibling Connections Influence Adult Relationships. She co-directs the Southampton Writers Conference, is program director (along with Meg Wolitzer) of the novel incubator program BookEnds, and teaches in the MFA in Creative Writing & Literature at Stony Brook Southampton. She served as fiction editor of The Southampton Review. Essays, book reviews and short fiction appear most recently in The New York Times, The Los Angeles Review of Books, The Common Online, The Washington Post, and East Magazine.

“Merrell brilliantly weaves events from Jackson’s life into a hypnotic story line that will please Jackson fans as well as anyone in search of a solidly written literary thriller....Its merit lies in its inventiveness even as it draws inspiration from Jackson’s own stories....[a] dazzling yet dark tale...One of the best things about Shirley is that you don’t have to be familiar with Jackson’s stories to enjoy it.”—Carol Memmott, The Washington Post

“Jackson has always been one of the more intriguing and misunderstood writers of her generation, a woman writer at the cusp of feminism’s second wave who nevertheless was erroneously dismissed for writing mere ‘domestic fiction.’ Merrell brings this complicated and compelling woman to life through the kind of taut and intimate thriller Jackson herself would have been proud to call her own.”—Booklist

“Brooding....A sidelong portrait of a category-defying writer dovetails surprisingly snugly with the drama of one young woman’s coming-of-age.”—Kirkus Reviews

“[A] precisely accurate look at the sexual and intellectual failures that real love must allow for and survive, and a darkly fantastical meditation on magic, revenge, love, and reality....The brilliance of Jackson’s life and Merrell’s writing is that they convey [a] depth and beauty...In the end, Shirley is a love story, albeit an unexpected and uncomfortable one—perhaps the only kind that could ever be told by or about Shirley Jackson.”—The Daily Beast

“To the great literature of obsession we can now add Susan Scarf Merrell’s brilliant and captivating Shirley, a novel as full of passion and intrigue as any traditional love story. The twist is that the obsessive in these pages is a quiet young academic wife and the object of her fascination is none other than gothic storyteller Shirley Jackson. A fantastically original book.”—Ann Packer, author of Swim Back to Me and The Dive from Clausen’s Pier

“Susan Scarf Merrell writes about desire, female friendship, and obsession with a true storyteller’s sense of the human heart. Shirley Jackson and her husband Stanley Hyman, giants in the world of twentieth century letters, make for a brilliant intersection of vivid fiction and literary myth set in the vortex that is North Bennington, Vermont. Shirley is a love story that will keep you up all night.”—Susan Cheever, author of e.e. cummings, a life