How to Be Drawn (Penguin Poets) (Paperback) 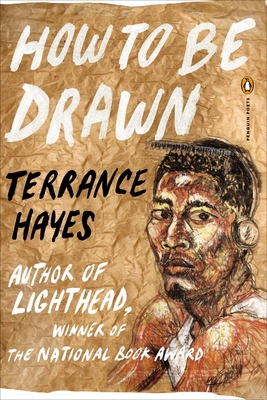 In How to Be Drawn, his daring fifth collection, Terrance Hayes explores how we see and are seen. While many of these poems bear the clearest imprint yet of Hayes’s background as a visual artist, they do not strive to describe art so much as inhabit it. Thus, one poem contemplates the principle of blind contour drawing while others are inspired by maps, graphs, and assorted artists. The formal and emotional versatilities that distinguish Hayes’s award-winning poetry are unified by existential focus. Simultaneously complex and transparent, urgent and composed, How to Be Drawn is a mesmerizing achievement.

Praise for How to Be Drawn

“Hayes’s work fits strong emotions into virtuoso forms. . .He is a poet of swallowed garrulity, imagined riposte, mock correction, and interior litigation. . .[his] poems are like a Pixar version of the mental marionette show, a dazzling space crammed with comic jabs.”—Dan Chiasson, The New Yorker

“Music serves as both an animating force and resonant presence in Hayes’s poems. . .Hayes occupies this musical mode like a connoisseur and deploys it like a virtuoso.  His lines can (and do) freely drift between themes of blackness, masculinity, history, family, art, and language, and freely shift between forms.”—The Boston Globe

“One of the most exciting and imaginative poets at work in America today. . .though his writing, with its mix of intellectual agility and sonic density, sounds far more like hip hop, it stands, temperamentally, in the tradition of older kinds of music:  folk ballads, for example, or the blues, traditions that take hardship as a given and seek solace, entertainment, and communion in its midst.”—Slate

“Both a fascinating and liberating collection of poems. As it kicks against our staid definition of poetry it offers new and refreshing possibilities for the artform.”—The Pittsburgh Post Gazette

“Another stunner, a collection that sees the poet thinking more deeply about perception – the public and private, the viewed and the ignored. . .the work hurdles between violent beauty and stark, philosophical truth telling.”—Publishers Weekly

“Reading Terrance Hayes’ thick, gorgeous, knowing, endlessly surprising poems is like spending a long evening with your most soulful and garrulous friend, one you haven’t seen in ages.  His poems are protean; you never know when they will shape-shift or turn a corner.  Hayes and his poems are brilliant, which is to say, bedazzling but also filled with illuminating light that shows us things we hadn’t seen before.”—Elizabeth Alexander