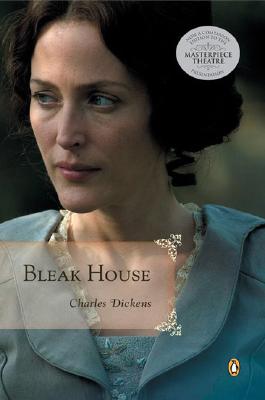 Penguin presents the companion book to the Masterpiece Theatre miniseries starring Gillian Anderson (The House of Mirth, The X-Files). This stunning production features a screenplay written by Andrew Davies (Bridget Jones's Diary). Part romance, part melodrama, part detective story, the novel spreads out among a web of relationships in every level of society from the simple-minded Sir Leicester Dedlock, to Jo the street sweeper.

Bleak House opens in the twilight of foggy London, where fog grips the city most densely in the Court of Chancery. The obscure case of Jarndyce and Jarndyce, in which an inheritance is gradually devoured by legal costs, the romance of Esther Summerson and the secrets of her origin, the sleuthing of Detective Inspector Bucket and the fate of Jo the crossing-sweeper, these are some of the lives Dickens invokes to portray London society, rich and poor, as no other novelist has done. Bleak House, in its atmosphere, symbolism and magnificent bleak comedy, is often regarded as the best of Dickens. A 'great Victorian novel', it is so inventive in its competing plots and styles that it eludes interpretation.

Charles Dickens was born on February 7, 1812, in Landport, Portsea, England. He died in Kent on June 9, 1870. The second of eight children of a family continually plagued by debt, the young Dickens came to know not only hunger and privation, but also the horror of the infamous debtors prison and the evils of child labor. A turn of fortune in the shape of a legacy brought release from the nightmare of prison and slave factories and afforded Dickens the opportunity of two years formal schooling at Wellington House Academy. He worked as an attorney s clerk and newspaper reporter until his Sketches by Boz (1836) and The Pickwick Papers (1837) brought him the amazing and instant success that was to be his for the remainder of his life. In later years, the pressure of serial writing, editorial duties, lectures, and social commitments led to his separation from Catherine Hogarth after twenty-three years of marriage. It also hastened his death at the age of fifty-eight, when he was characteristically engaged in a multitude of work."