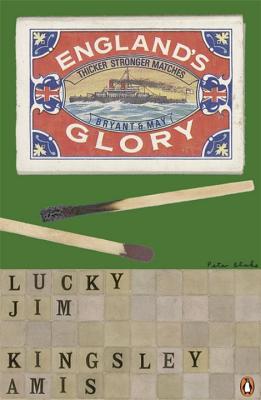 Penguin Decades bring you the novels that helped shape modern Britain. When they were published, some were bestsellers, some were considered scandalous, and others were simply misunderstood. All represent their time and helped define their generation, while today each is considered a landmark work of storytelling. Kingsley Amis's Lucky Jim was published in 1954, and is a hilarious satire of British university life. Jim Dixon is bored by his job as a medieval history lecturer. His days are only improved by pulling faces behind the backs of his superiors as he tries desperately to survive provincial bourgeois society, an unbearable 'girlfriend' and petty humiliation at the hands of Professor Welch. Lucky Jim is one of the most famous and influential of all British post-War novels.

Kingsley Amis's (1922-95) works take a humorous yet highly critical look at British society, especially in the period following the end of World War II. Born in London, Amis explored his disillusionment in novels such as That Uncertain Feeling (1955). His other works include The Green Man (1970), Stanley and the Women (1984), and The Old Devils (1986), which won the Booker Prize. Amis also wrote poetry, criticism, and short stories.