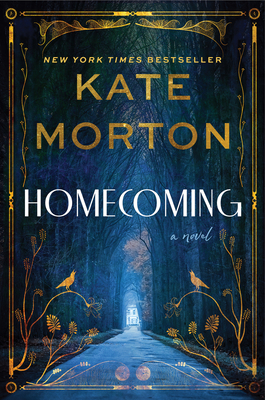 The highly anticipated new novel from the New York Times bestselling author of The Clockmaker’s Daughter, a sweeping novel that begins with a shocking crime, the effects of which echo across continents and generations

Adelaide Hills, Christmas Eve, 1959: At the end of a scorching hot day, beside a creek in the grounds of the grand and mysterious house, a local delivery man makes a terrible discovery. A police investigation is called and the small town of Tambilla becomes embroiled in one of the most shocking and perplexing murder cases in the history of South Australia.

Many years later and thousands of miles away, Jess is a journalist in search of a story. Having lived and worked in London for almost twenty years, she now finds herself laid off from her full-time job and struggling to make ends meet. A phone call out of nowhere summons her back to Sydney, where her beloved grandmother, Nora, who raised Jess when her mother could not, has suffered a fall and been raced to the hospital.

At Nora's house, Jess discovers a book that chronicles the police investigation into a long-buried crime: the Turner Family Tragedy of Christmas Eve, 1959. It is only when Jess skims through the pages that she finds a shocking connection between her own family and this once-infamous event – a murder mystery that has never been resolved satisfactorily.

An epic novel that spans generations, Homecoming asks what we would do for those we love, and how we protect the lies we tell. It explores the power of motherhood, the corrosive effects of tightly held secrets, and the healing nature of truth. Above all, it is a beguiling and immensely satisfying novel from one of the finest writers working today.

Kate Morton is the award-winning, New York Times bestselling author of The House at Riverton, The Forgotten Garden, The Distant Hours, The Secret Keeper, The Lake House, and The Clockmaker’s Daughter. Her books are published in 38 languages and have been #1 bestsellers worldwide. She is a native Australian, holds degrees in dramatic art and English literature. She lives with her family in London and Australia.

“The Clockmaker’s Daughter is an ambitious, complex, compelling historical mystery with a fabulous cast of characters. This is Kate Morton at her very best.”  — Kristin Hannah

"Morton's moody, suspenseful latest is the perfect page-turner for a chilly night." — People on The Lake House

"A deliciously compelling mystery." — Liane Moriarty on The Lake House