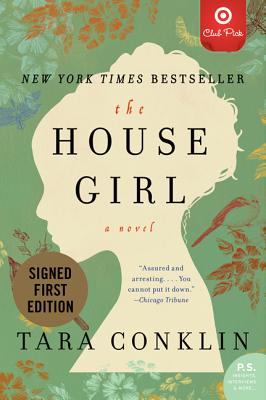 A stunning New York Times bestselling novel that intertwines the stories of an escaped slave in 1852 Virginia and an ambitious young lawyer in contemporary New York and asks: is it ever too late to right a wrong?

Lynnhurst, Virginia, 1852. Seventeen-year-old Josephine Bell decides to run away from the failing tobacco farm where she is a slave and nurse to her ailing mistress, the aspiring artist Lu Anne Bell.

New York City, 2004. Lina Sparrow, an ambitious first-year associate in an elite law firm, is given a difficult, highly sensitive assignment that could make her career: finding the "perfect plaintiff" to lead a historic class-action lawsuit worth trillions of dollars in reparations for descendants of American slaves.

It is through her father, the renowned artist Oscar Sparrow, that Lina discovers Josephine Bell and a controversy rocking the art world: are the iconic paintings long ascribed to Lu Anne Bell really the work of her house slave, Josephine? A descendant of Josephine's--if Lina can locate one--would be the perfect face for the reparations lawsuit. While following the runaway house girl's faint trail through old letters and plantation records, Lina finds herself questioning her own family history and the secrets that her father has never revealed: how did Lina's mother die? And why will he never speak about her?