What the Dead Know: A Novel (Paperback) 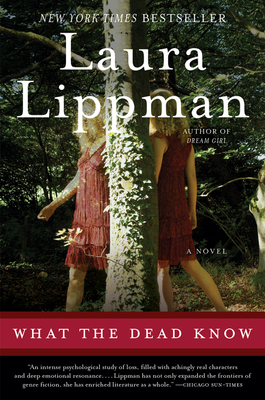 Laura Lippman's novels are as much about the mysteries of human nature as those of crime and circumstance. At best, she makes you want to go home and hold your family close; at worst, she may cause you to view them with unease and suspicion.

The New York Times bestselling author returns to the compelling terrain of Every Secret Thing and To the Power of Three with this indelible story of crime and vengeance in which the past becomes all-too-present.

When he’s called to the scene of an accident detective Kevin Infante is drawn into a shocking and puzzling crime that still haunts the Baltimore P.D. Twenty years ago, two little girls were kidnapped from a shopping mall, igniting fear and anger throughout the city.

Now, a clearly disoriented woman involved in the accident claims to be one of the missing girls. But instead of closing the case, her appearance marks the beginning of a nightmare that will once again rock Baltimore and threaten everyone it touches. The woman claims one of Baltimore’s beloved cops snatched her and her sister. Is it the truth-or the ravings of a damaged mind? There isn’t a shred of evidence to support her story: The cop is dead and her parents can’t verify the woman is even their daughter, for both girls were adopted and do not share their DNA. And who is the body in the unmarked grave the girl reveals?

With the department’s reputation, a dead man’s honor, and his own badge on the line, Infante must go back to a past he barely knows to find answers—and maybe even justice—once and for all.

Since Laura Lippman's debut in 1997, she has been recognized as a distinctive voice in mystery fiction and named one of the "essential" crime writers of the last 100 years. Her books have won most of the major awards in her field and been translated into more than twenty languages. She lives in Baltimore and New Orleans with her daughter.