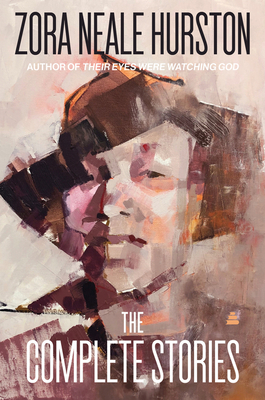 This landmark gathering of Zora Neale Hurston's short fiction—most of which appeared only in literary magazines during her lifetime—reveals the evolution of one of the most important African American writers. Spanning her career from 1921 to 1955, these stories attest to Hurston's tremendous range and establish themes that recur in her longer fiction. With rich language and imagery, the stories in this collection not only map Hurston's development and concerns as a writer but also provide an invaluable reflection of the mind and imagination of the author of the acclaimed novel Their Eyes Were Watching God.

Zora Neale Hurston was a novelist, folklorist, and anthropologist. An author of four novels (Jonah’s Gourd Vine, 1934; Their Eyes Were Watching God, 1937; Moses, Man of the Mountain, 1939; and Seraph on the Suwanee, 1948); two books of folklore (Mules and Men, 1935, and Tell My Horse, 1938); an autobiography (Dust Tracks on a Road, 1942); and over fifty short stories, essays, and plays. She attended Howard University, Barnard College and Columbia University, and was a graduate of Barnard College in 1927. She was born on January 7, 1891, in Notasulga, Alabama, and grew up in Eatonville, Florida. She died in Fort Pierce, in 1960.  In 1973, Alice Walker had a headstone placed at her gravesite with this epitaph: “Zora Neale Hurston: A Genius of the South.”