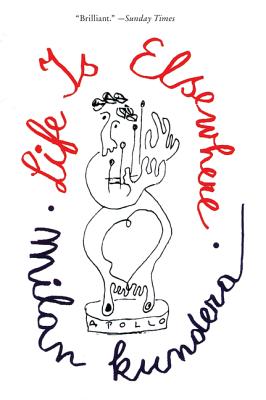 The author initially intended to call this novel The Lyrical Age. The lyrical age, according to Kundera, is youth, and this novel, above all, is an epic of adolescence; an ironic epic that tenderly erodes sacrosanct values: childhood, motherhood, revolution, and even poetry. Jaromil is in fact a poet. His mother made him a poet and accompanies him (figuratively) to his love bed and (literally) to his deathbed. A ridiculous and touching character, horrifying and totally innocent ("innocence with its bloody smile"!), Jaromil is at the same time a true poet. He's no creep, he's Rimbaud. Rimbaud entrapped by the communist revolution, entrapped in a somber farce.

Milan Kundera is the author of the novels The Joke, Farewell Waltz, Life Is Elsewhere, The Book of Laughter and Forgetting, The Unbearable Lightness of Being, and Immortality, and the short-story collection Laughable Loves—all originally written in Czech. His most recent novels Slowness, Identity, and Ignorance, as well as his nonfiction works The Art of the Novel, Testaments Betrayed, The Curtain, and Encounter, were originally written in French.