The Professor and the Madman: A Tale of Murder, Insanity, and the Making of the Oxford English Dictionary (Paperback) 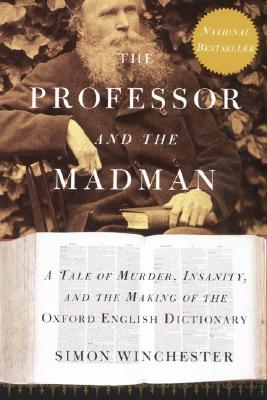 "The Professor and the Madman," masterfully researched and eloquently written, is an extraordinary tale of madness, genius, and the incredible obsessions of two remarkable men that led to the making of the "Oxford English Dictionary"--and literary history. The compilation of the "OED," begun in 1857, was one of the most ambitious projects ever undertaken. As definitions were collected, the overseeing committee, led by Professor James Murray, discovered that one man, Dr. W C. Minor, had submitted more than ten thousand. When the committee insisted on honoring him, a shocking truth came to light: Dr. Minor, an American Civil War veteran, was also an inmate at an asylum for the criminally insane.