When We Were Orphans CD (CD-Audio) 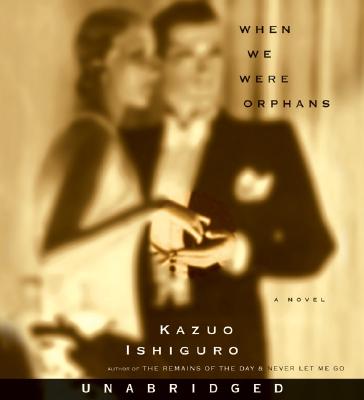 By Kazuo Ishiguro, John Lee (Read by)
Email or call for price.
Out of print

A masterful novel from one of the most admired writers of our time.

Christopher Banks, an English boy born in early-20th-century Shanghai, is orphaned at age nine when both his mother and father disappear under suspicious circumstances. He grows up to become a renowned detective, and more than 20 years later, returns to Shanghai to solve the mystery of the disappearances.

Within the layers of the narrative told in Christopher's precise, slightly detached voice are revealed what he can't, or wont, see: that the simplest desires—a child's for his parents, a man's for understanding—may give rise to the most complicated truths.

A feat of narrative skill and soaring imagination, When We Were Orphans is Kazuo Ishiguro at his brilliant best.

Kazuo Ishiguro is thw author of four previous novels, including TheRemains of the Day, which won the Booker Prize, and An Artist of the Floating World, which won the Whitbread Award. He lives in London.