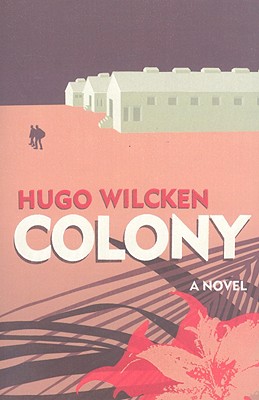 Wilcken accomplishes the strange trick of raising his novel's "subtext" and injecting it into the surface of his story. So there's something very puzzle-like about this book, but for the careful reader the puzzle pieces are all out there in the open. Will the man character - a penal colony prisoner - realize his ambition to "become someone else" in order to escape? Wilcken elaborates on this theme with a stunning number of instances of doubling, partnering, modeling, and replacing.

From the author of the existential thriller 'The Execution' comes 'Colony', a novel set in French Guiana as the age of Empire draws to a close and anarchy beckons.

The year is 1928. Sabir - petty criminal, drifter, war veteran - is on a prison ship bound for a notorious penal colony in the French tropics. Soon after his arrival in the bagne, as it's known, Sabir is shipped out to a work camp deep in the South American jungle but quickly comes to the realisation that his old life is dead, and return to France an impossibility. Yet, if he's to survive at all, he must escape the brutality of the bagne. Posing as a professional gardener, Sabir wins the confidence and protection of the camp's nave, idealistic Commandant. With a group of like-minded convicts - including the secretive, enigmatic Edouard, a comrade from the trenches of WW1 - he soon launches his escape bid, across the seas in a stolen boat. Bad weather forces the men ashore, condemning them to a dismal, hallucinatory tramp through the jungle. As hunger and rivalry tear the group apart, Sabir understands he has scant chance of escaping into another life.

In Part Two, Manne - deserter, itinerant exile - comes to the Colony in search of his deported friend, the same Edouard from Part One. With a false identity and cover story, Manne installs himself as a guest at the Commandant's house. There, he falls into an affair with his host's wife. Meanwhile, the Commandant is slowly unravelling, growing ever more suspicious of who Manne is and what he's doing in the Colony. Manne ends up trapped like everyone else in the bagne, and realises that he too must escape. The novel's two plot threads begin to merge - boundaries between dream and reality blur, bringing a surreal tinge to the dramatic climax.

Both a page-turning adventure story, and a bold novel of ideas, Colony takes an historical background familiar to readers of Henri Charri're's 'Papillon', and twists it into a metaphysical journey. Brilliantly evoking an atmosphere of colonial decline in the tropics, the novel explores the shifting natures of identity, memory and reality.

Hugo Wilcken is in his thirties and British-Australian. He lives in Paris, where he has worked as a writer since 1990. His first book, 'The Exectution', was published to critical acclaim in 2001.