Singing in the Dark Times

April is National Poetry Month, and it fell this year on a historic moment both for having time to read and a need for the consolation and guidance of politically engaged verse. We live in interesting times: with a pandemic threatening and taking the lives of people all across the world, when our leaders and institutions have never seemed less adequate or less legitimate, the future of society itself seems to be in doubt. Now is not the time for light, or gentle, or confessional poetry of individual feelings, but for witnesses to history. We need to hear from people who have been through hell, so they can tell us what it’s like. Here’s a small selection of some of my favorite poets of witness.

Carolyn Forché, who coined the term “poetry of witness”, inaugurated her career as a poet and human rights advocate with her collection The Country Between Us, which documents her journey in the 1970’s to El Salvador, where she witnessed the atrocities committed during the civil war there by the US-backed military dictatorship and the leftist guerillas that opposed them. Forché details the beginnings of that career in a memoir, What You Have Heard Is True, which came out in paperback in February. It’s a beautiful and haunting account of her experience in a country as it’s torn apart by conflict.

Polish poet Czesław Miłosz was living in Warsaw when the Nazis invaded Poland, and the horrors that he witnessed in that conflict are burned into classic works like “Dedication” and “A Poor Christian Looks at the Ghetto.” His war poems often struggle with the impotence of beautiful words in the face of historic cruelty, as in “A Task”, a poem that I find more true and timely with every passing year:

In fear and trembling, I think I would fulfill my life
Only if I brought myself to make a public confession
Revealing a sham, my own and of my epoch:
We were permitted to shriek in the tongue of dwarfs and demons
But pure and generous words were forbidden
Under so stiff a penalty that whoever dared to pronounce one
Considered himself as a lost man.

Amiri Baraka was a poet and activist who gave voice to an evolving range of currents in the movement for Black rights, shifting first from the fight for civil rights to Black nationalism, before converting the “Marxism-Leninism” of Maoist revolutionaries in the 1970’s. In a poem like “Dope”, the character of a cynical preacher (“put your money on this plate”) delivers a sardonic sermon of riffs on the state of the world that, again, feels remarkably timely:

Russian poet Anna Akhmatova witnessed the transformation of her society, from the nightmare of World War I to the Bolshevik Revolution and subsequent civil war. Born into an aristocratic family, her husband executed in a purge of intellectuals for participating in an invented conspiracy, Akhmatova was never at ease in Communist Russia. Her work was denounced as bourgeois and suppressed for years. And yet she refused to seek exile, staying on in an unwelcoming country to compose a body of work full of nostalgic heartbreak, as in this line from “Lot’s Wife”: “In my heart I will never deny her, / who suffered death because she chose to turn.”

Mahmoud Darwish, a Palestinian activist and poet whose birthplace was razed to the ground and who was finally exiled from his homeland altogether, was similarly familiar with seeing a society transformed. Darwish spent his life fighting for the rights of Palestinians in Israel and enunciating the pain of a dispossessed people in work like his 2002 poem “The State of Siege”: “No land on earth bears me. Only my words bear me."

The Country Between Us (Paperback)

“Here is poetry of courage and passion, which manages to be tender and achingly sensual and what is often called ‘political’ at the same time. This is a major new voice.” — Margaret Atwood

What You Have Heard Is True: A Memoir of Witness and Resistance (Paperback)

"Reading it will change you, perhaps forever.” —San Francisco Chronicle

“Astonishing, powerful, so important at this time.” --Margaret Atwood

“One of the century’s most important poets.”
—San Francisco Chronicle

“Nobody tells the story of this age better than Czeslaw Milosz.”
—New Republic

One of the New York Times Book Review's 100 Notable Books

WITH AN APPENDIX OF NEVER-BEFORE-PUBLISHED WORK

Witness to the international and domestic chaos of the first half of the twentieth century, Anna Akhmatova (1888-1966) chronicled Russia's troubled times in poems of sharp beauty and intensity. Her genius is now universally acknowledged, and recent biographies attest to a remarkable resurgence of interest in her poetry in this country.

Mahmoud Darwish (1942 2008), recipient of France's Knight of Arts and Belles Lettres medal, the Lotus Prize, and the Lannan Foundation Prize for Cultural Freedom, is widely considered Palestine's most eminent poet. State of Siege was written while the poet himself was under siege in Ramallah during the Israeli invasion of 2002. 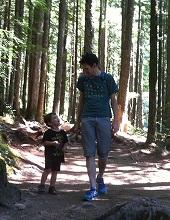 Stephen loves graphica and he’s always on the look-out for new graphic novels that combine beautiful art with intelligent, complex storytelling (although he insists on calling them “comics”).