We are so excited to celebrate Latinx authors, and the contributions they make to the literary world!

In fraught times, it is important to celebrate the diversity that truly makes this country great. And I may be biased as a bookseller, but what better way to celebrate than to read? This list pulls from lots of genres and experiences -- from hard-hitting, topical memoirs, to delicious gothic spook-fests, to fun, vibrant romance. Pick up any of these, whether you're looking to see yourself represented, or to gain insight into an experience outside your own! 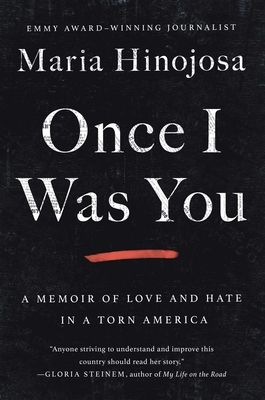 Once I was You by Maria Hinojosa
Emmy award-winning journalist Hinojosa shares her story of growing up Mexican American in Chicago. As Hinojosa lays the injustices on our border bare, she also shows how the history of immigration rhetoric unfolded, so we can fully understand how we got to this point on the border. This memoir is an act of fierce love, love you can feel bursting out of the pages.

Children of the Land by Marcello Castillo Hernandez
This book has made it onto a number of our lists, and I’ve been recommending it to our book clubs as well. It’s a memoir about growing up an undocumented immigrant, which apart from being a wonderfully written, wrenching book, is important to read in our political moment. We need to reframe the conversation about immigration policies so that it is about the people and families they affect.

Mexican Gothic by Silvia Moreno-Garcia
This is another one that has been on all our lists lately, but it’s so much fun, how can we resist? A young woman goes to check on her cousin, who recently married into an English family, living in an isolated mansion. What she finds there is a strange family, protected by wealth, but trailed by rumors of violence and madness.

Lobizona by Romina Garber
Undocumented Argentinian immigrant Manu has never been able to blend in -- her silver and gold eyes make certain of that. Further, she and her family have to be careful to stay under the radar -- lest they be caught by ICE and sent back to Argentina, to the mercy of the men who killed Manu’s father. When ICE arrests her mother, Manu finds herself swept off to a secret school of brujas and werewolves, and certain aspects of her unusual life become clear. But she soon finds she doesn’t quite belong there, either. Manu isn’t a bruja like the other girls -- she’s a lobizona, a werewolf, a trait which she inherited from her father, and which makes her completely unique. This is a beautiful, whimsical story about heritage and belonging, inspired by Argentine folklore, and complete with all wonders you hope for in a paranormal coming-of-age story. Plus, look at that cover.

Cemetery Boys by Aiden Thomas
Yadriel is a trans boy, and a brujo, son of the leader of the East LA brujx. Brujas have magical powers allowing them to heal and comfort, while brujos use their magic to help spirits pass into the afterlife. When Yadriel uses his magic to prove himself, both as a brujo and a boy, he accidentally summons Julian, a cute, local bad boy -- who happens to have been recently murdered. As they work to find Julian’s killer -- and check things off from his bucket list along the way -- the two boys fall in love. This is a gripping who-done-it, combined with a sweet love story, lots of magic, and the complicated beauty of being part of a vibrant traditional culture as a queer person.

You Had Me at Hola by Alexis Daria
Looking for something light and fun? This is romance on the set of telenovela -- what more could you ask for? When soap opera star Jasmine is very publicly dumped by her rock-star boyfriend, she turns to her cousins for support, and together they create a list of rules for leading ladies to help Jasmine get her life back on track. Enter her new co-star Ashton Suárez, who really needs this show to go well. But when rehearsing turns into something a little steamier, Jasmine’s media spotlight threatens to expose Ashton’s closely guarded secret. This is full of all the show-biz drama you could hope for, plus a cast of charming, hilarious characters you’ll love getting to know! Definitely pick this one up to cast off the 2020 blues. 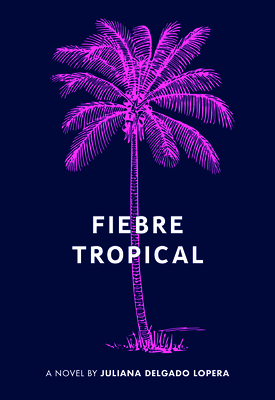 Fiebre Tropical by Juli Delgado Lopera
Fifteen-year-old Francisca is struggling enough with her finite life to buy into an evangelical congregation’s obsession with an eternal one. Immigrating to Miami from Colombia has given her enough to think about without being caught up in her mother’s religious fervor. But when the pastor’s daughter Carmen makes a project out of Francisca, she realizes that her feelings for Carmen aren’t entirely platonic. Francisca is hilarious, stubborn, and lonely, and this book reads as if she were talking to a close friend. It is funny and tragic, exploring the pitfalls of the American dream and coming of age. 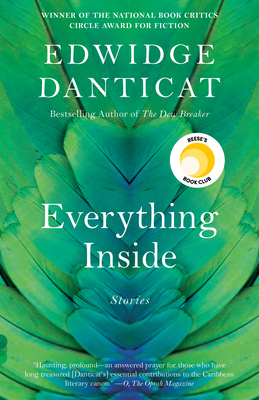 Everything Inside by Edwidge Danticat
This is Haitian literary master Danticat’s newest collection, and to describe it I’m just going to pull directly from bookseller Kitri’s staff pick: “The epigraph of Edwidge Danticat's new story collection generously claims that everyone experiences diaspora, as we are exiled from our mother's body as soon as we are born. What follows are stories that strive to prove its universality with equal attention to tenderness and brutality. In this collection that lingers on family and death, she has tapped directly into the core of human experience. This book will make you cry, probably in public, so prepare accordingly.”

In the Dream House by Carmen Maria Machado
This was one of my favorite books of last year, and I haven’t talked about it in a few minutes, so I’m throwing it on this list. This is a memoir about the author's abusive relationship with an ex-girlfriend. Each chapter of her story is written around a different literary trope or genre -- for example, a haunted house, a nursery rhyme, a stoner comedy. The result is kaleidoscopic, riveting, and wrenching, and I can’t recommend it enough.