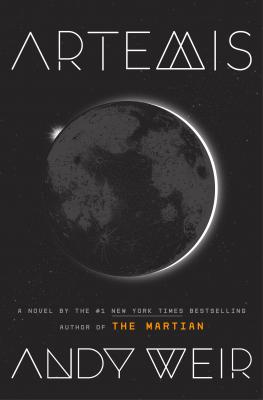 Purchase here to reserve your copy of Artemis and a single admission ticket, good for one person, to Andy Weir in conversation with Neal Stephenson.

Ticket grants entry to the event (general seating) and to the signing line after the presentation. Doors 6:00 pm, event starts 7:00 pm.

ABOUT THE BOOK
Jazz Bashara is a criminal. Well, sort of. Life on Artemis, the first and only city on the moon, is tough if you're not a rich tourist or an eccentric billionaire. So smuggling in the occasional harmless bit of contraband barely counts, right? Not when you've got debts to pay and your job as a porter barely covers the rent.

Everything changes when Jazz sees the chance to commit the perfect crime, with a reward too lucrative to turn down. But pulling off the impossible is just the start of her problems, as she learns that she's stepped square into a conspiracy for control of Artemis itself—and that now, her only chance at survival lies in a gambit even riskier than the first.

ABOUT THE AUTHOR
Andy Weir built a career as a software engineer until the runaway success of his debut novel, THE MARTIAN, allowed him to pursue writing fulltime. He is a lifelong space nerd and a devoted hobbyist of subjects such as relativistic physics, orbital mechanics, and the history of manned spaceflight. He lives in California.

ABOUT THE EVENT
Third Place Books Lake Forest Park will be transformed into lunar colony Artemis for this special evening with Andy Weir, who will be discussing his new book Artemis with Seattle's own bestselling science fiction writer Neal Stephenson. Come see Third Place Books as you've never seen it, enjoy some moon coffee at Honeybear Bakery & Cafe, and stay to have your book signed by Weir (who will also sign copies of The Martian, available from Third Place Books).